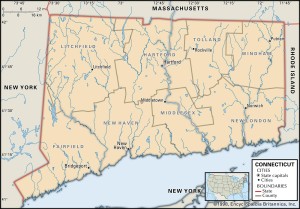 Maps of Connecticut are an vital part of family history research, notably if you live far from where your ancestor resided. Because Connecticut political boundaries frequently changed, historic maps are generally significant in helping you find out the precise specific location of your ancestor’s home town, what land they owned, who their neighbors happen to be, and much more.

Maps of Connecticut generally tend to be an exceptional source for getting started with your research, given that they provide considerably beneficial information and facts instantly. Connecticut Maps are usually a major source of important amounts of information on family history.

(Connecticut maps made with the use AniMap Plus 3.0 & with the Permission of the Goldbug Company)