Genealogy is a pastime and hobby that is growing in popularity thanks for television shows and specials like The Learning Channel’s Who Do You Think You Are? More and more people are becoming interested in their own family history, but before a person goes back to trace their origins in South America, Europe, The Caribbean, Africa Asia or Oceania it is important to learn about the history in the state where he or she lives. Washington State has a rich history dating back thousands of years to when Native Americans like the Chinook, Yakima, Spokane, Snohomish, and Quinault tribes resided. If you looked at a political map of Washington State from the 1800’s, and even from a hundred years ago things would look very different than they do today. 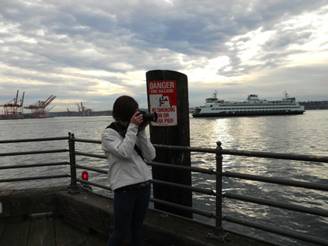 While Lewis and Clarke went west to present day Oregon to was Spaniard Juan Perez in 1774 who became the first European on record to land in what is present day Washington State. A year later another Spanish captain Don Bruno de Heceta would land in Washington, and a few years after that British Explorer Captain James Cook and William Charles Buckley would also come to Washington. Back in those days looking at a map of Washington State would be quite confusing as territory disputes between the British, Spanish, US colonies as well as with Canada and even Russia meant that borders, boundaries, and knowing who owned what land was constantly changing.

When people try to trace back their history and their family’s history in Washington State things can get very complicated, especially if the history predates 1889 when, with the passing of The Enabling Act, Washington State become the 42nd state in the United States. Even for those who are not tracing their family’s history learning about the history, and political boundaries of his or her home state can be very fascinating. Seeing a map of Washington State in 1867 can help illustrate just how much the state and the country has changed in only a few hundred years.